Kareena Kapoor Khan didn’t take a pregnancy break when she was expecting Taimur Ali Khan in 2016 and Bebo is not going to slow down as she is expecting baby number two. The actress is almost every day snapped by the paparazzi, going about town fulfilling her professional commitments. For a shoot today Kareena Kapoor Khan picked a hassle-free white dress from her stylish maternity wardrobe. Doling out summer vibes, the actress had her hair tied in a bun while she sported her latest favourite – gold slides. 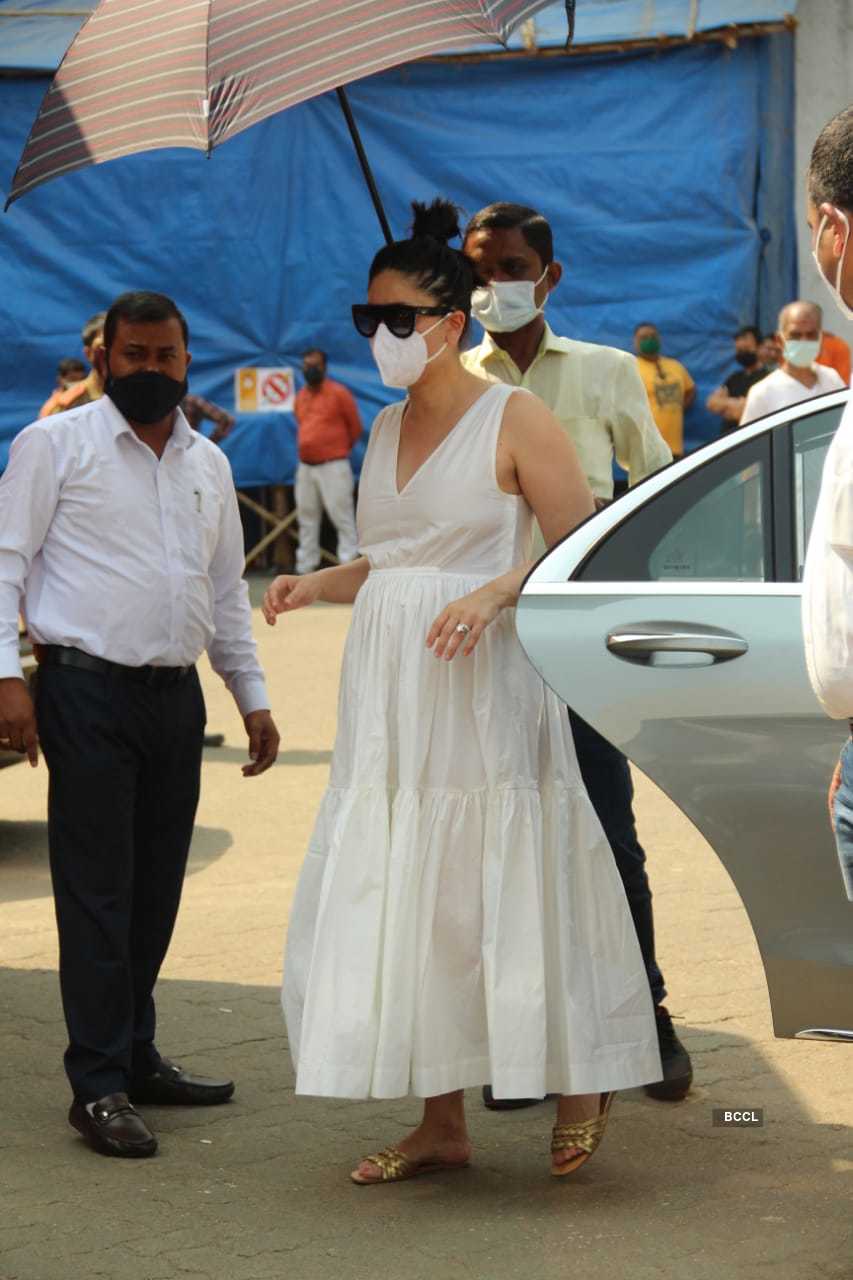 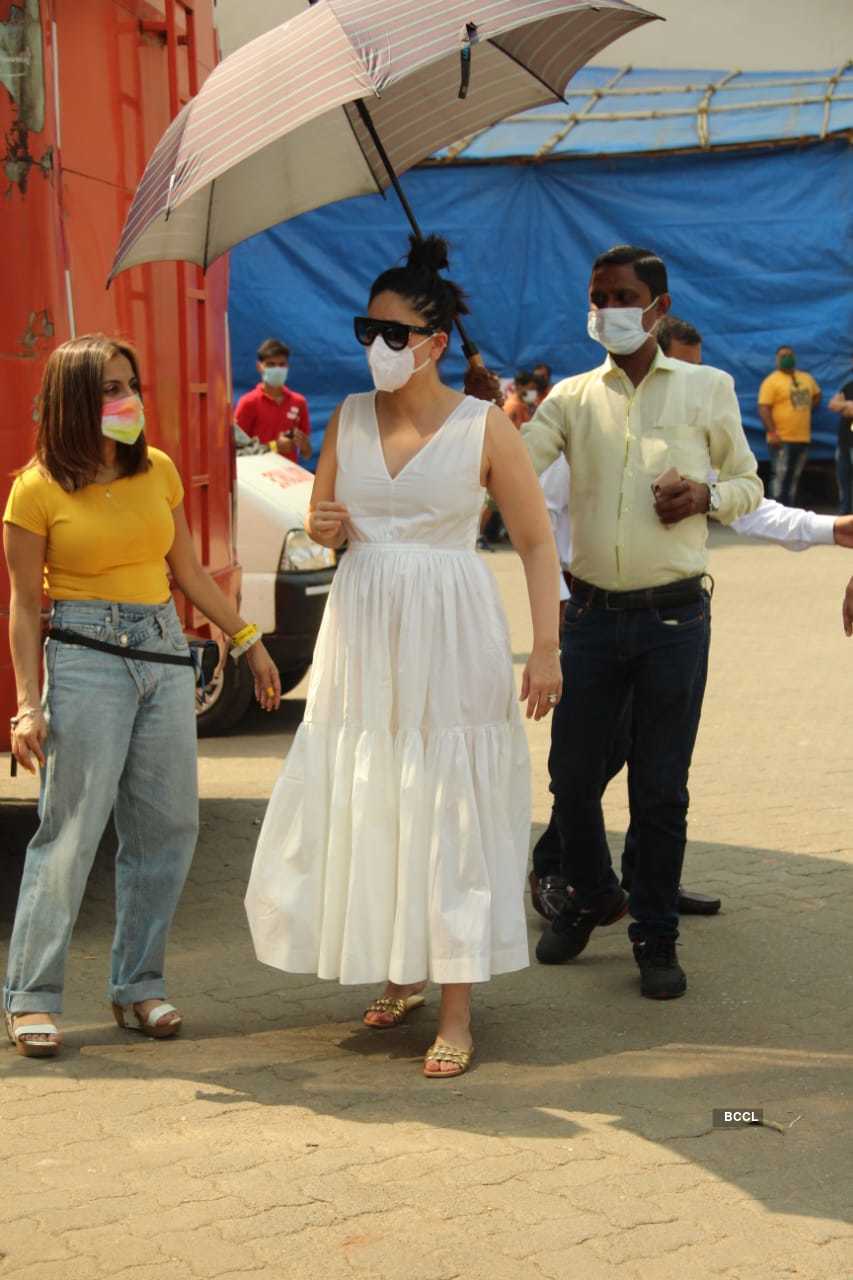 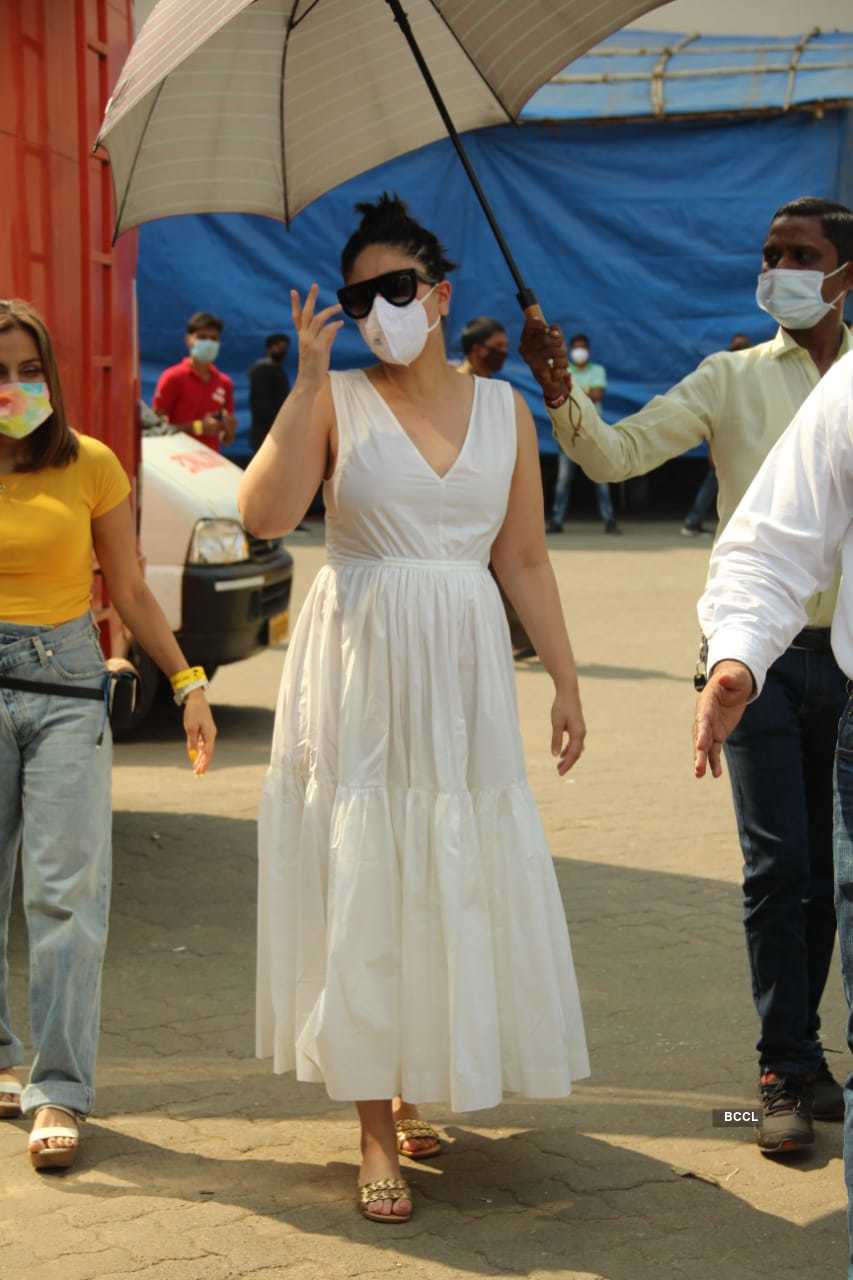 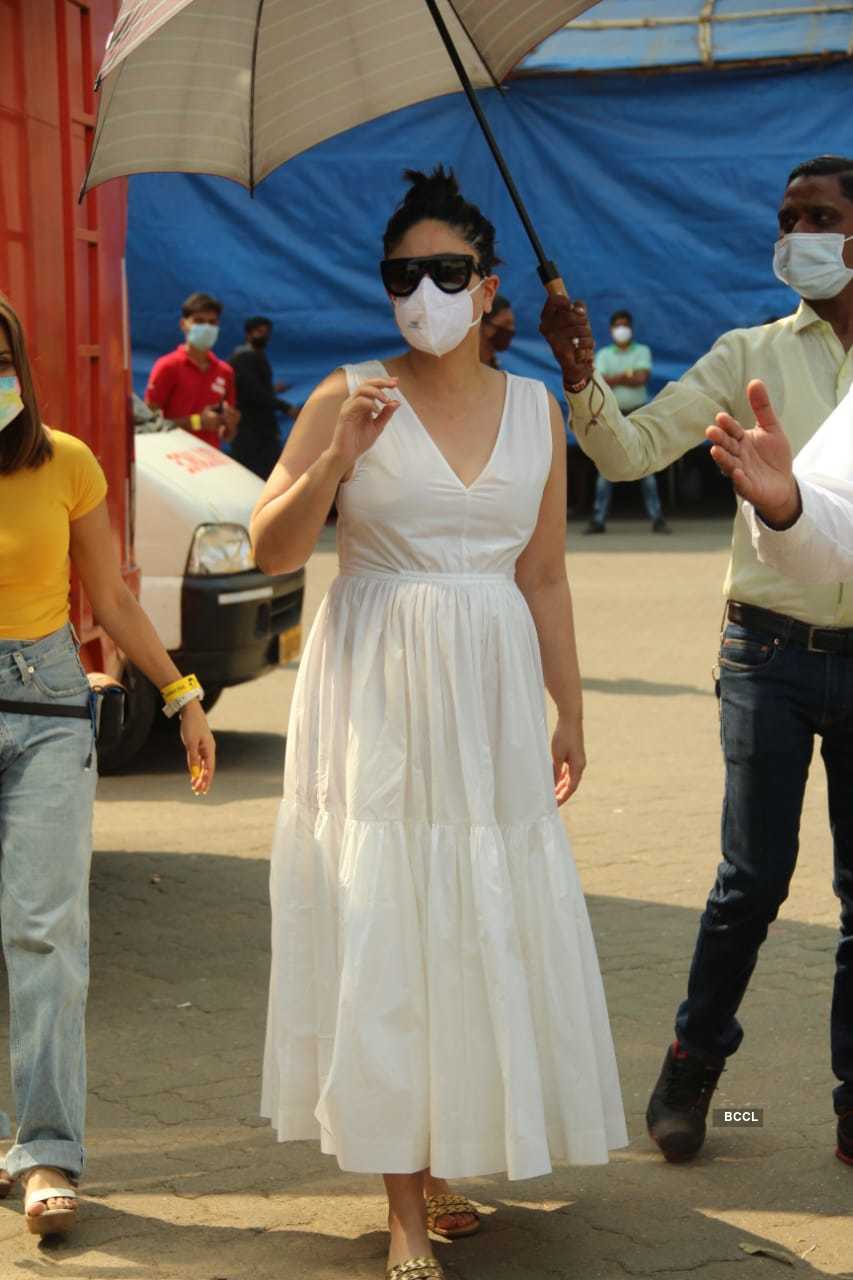 In August Kareena and Saif Ali Khan had announced in a joint statement that they are expecting a second child together. “We are very pleased to announce that we are expecting an addition to our family !!Thank you to all our well wishers for all their love and support,” the couple had shared.