Kareena Kapoor Khan is one of the best-dressed celebs in B-town and there’s no doubt about it. After winning over the audience with her maternity fashion in 2016, the diva, who is all set to welcome her second baby with hubby Saif Ali Khan has been doling out major maternity styling goals.

The 40-year-old actress was spotted at the Mehboob Studios in Mumbai dressed in a satin blue and white striped stunning outfit along with a face mask. While the pregnancy glow was quite visible on her face, Bebo once again floored us all with her fashion choice. 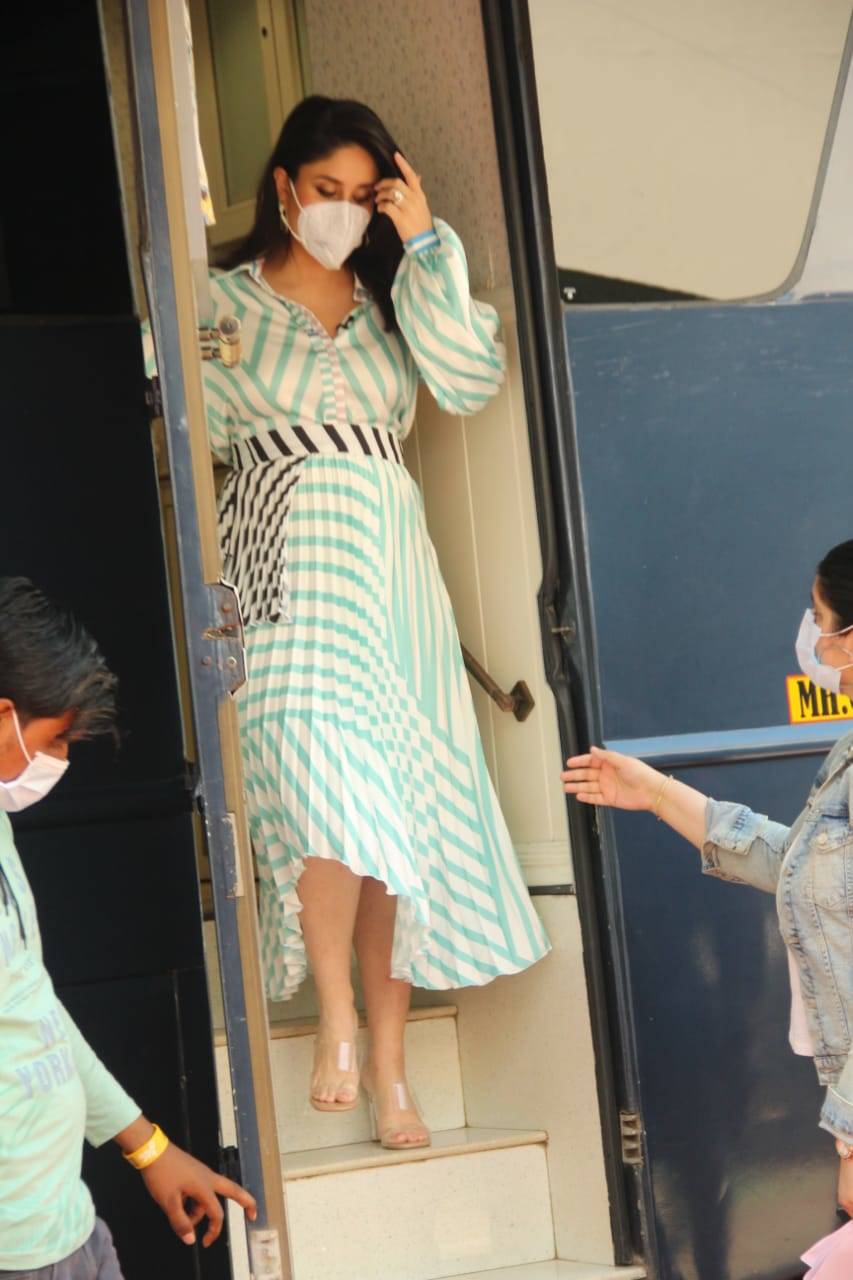 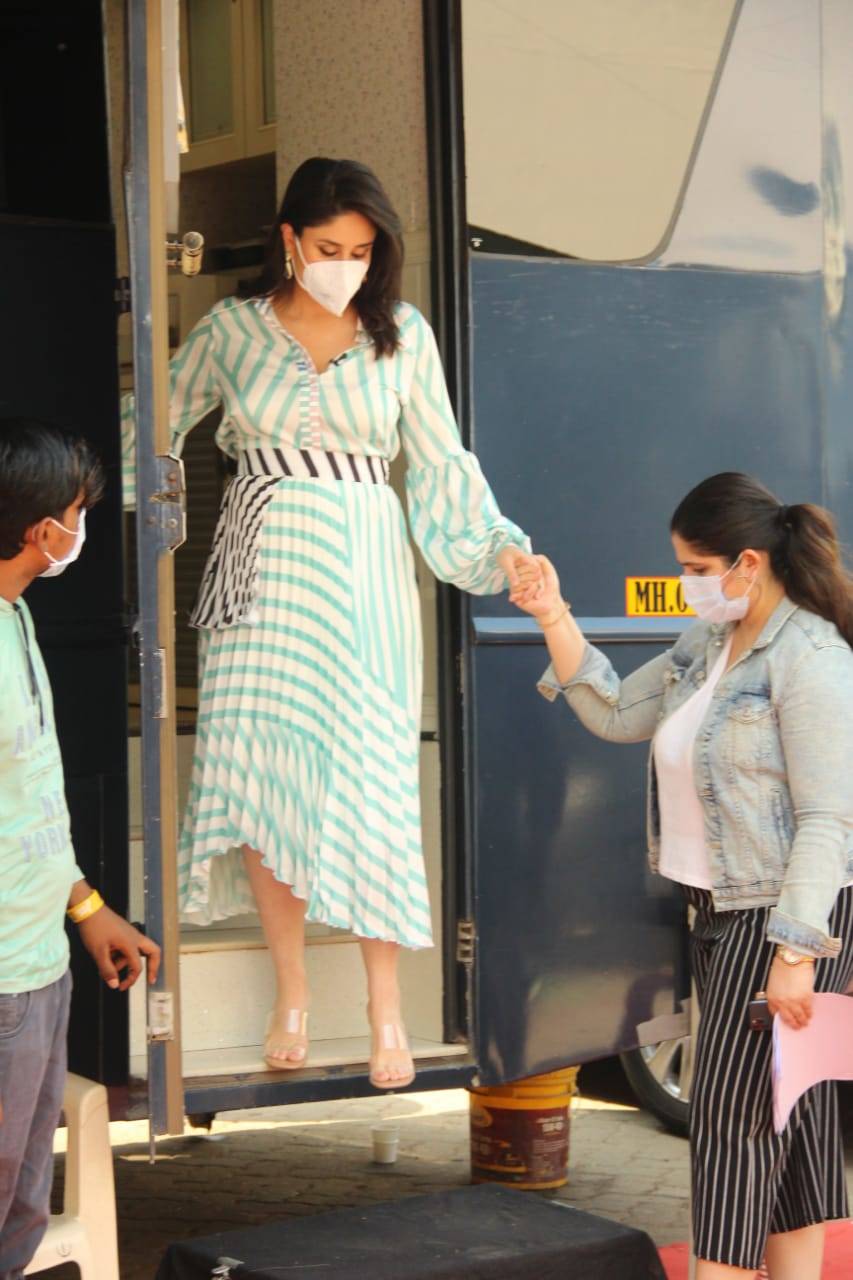 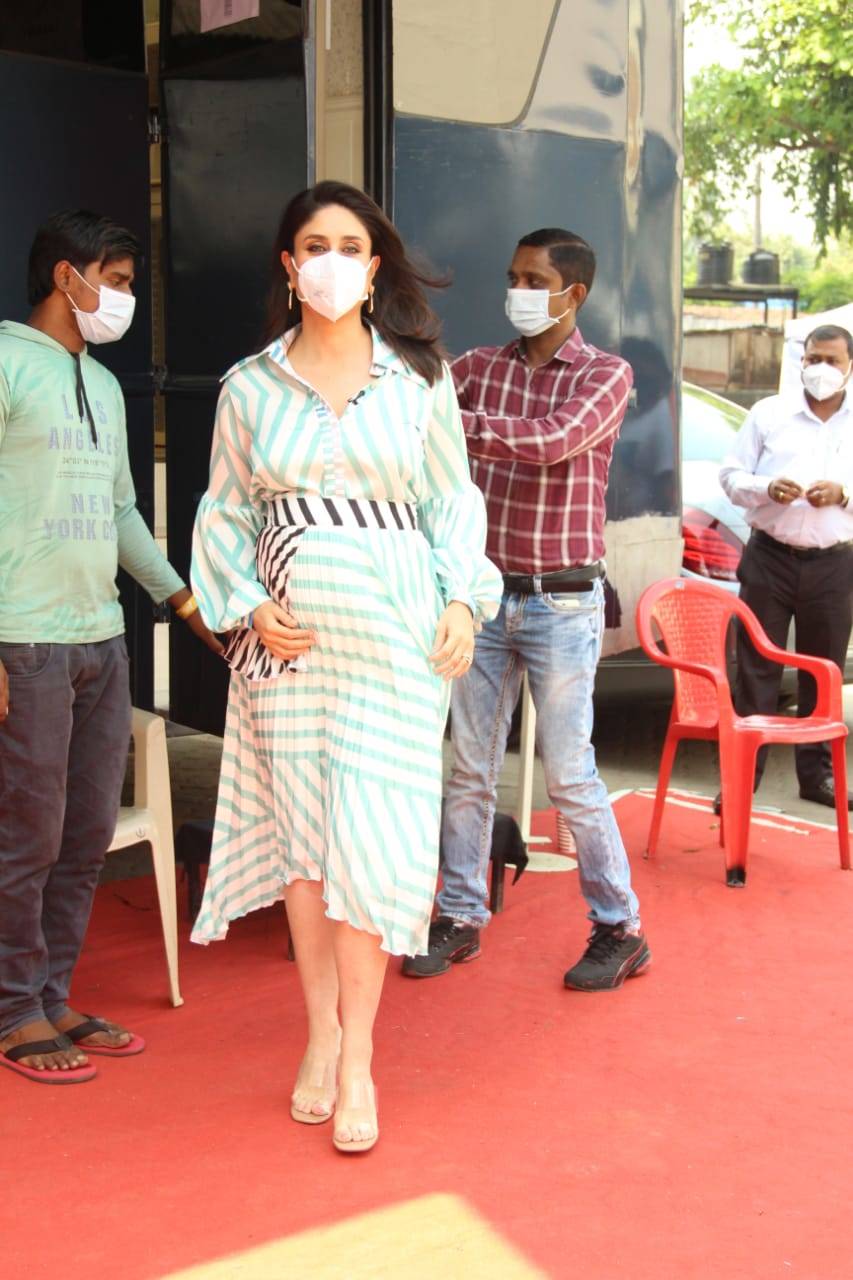 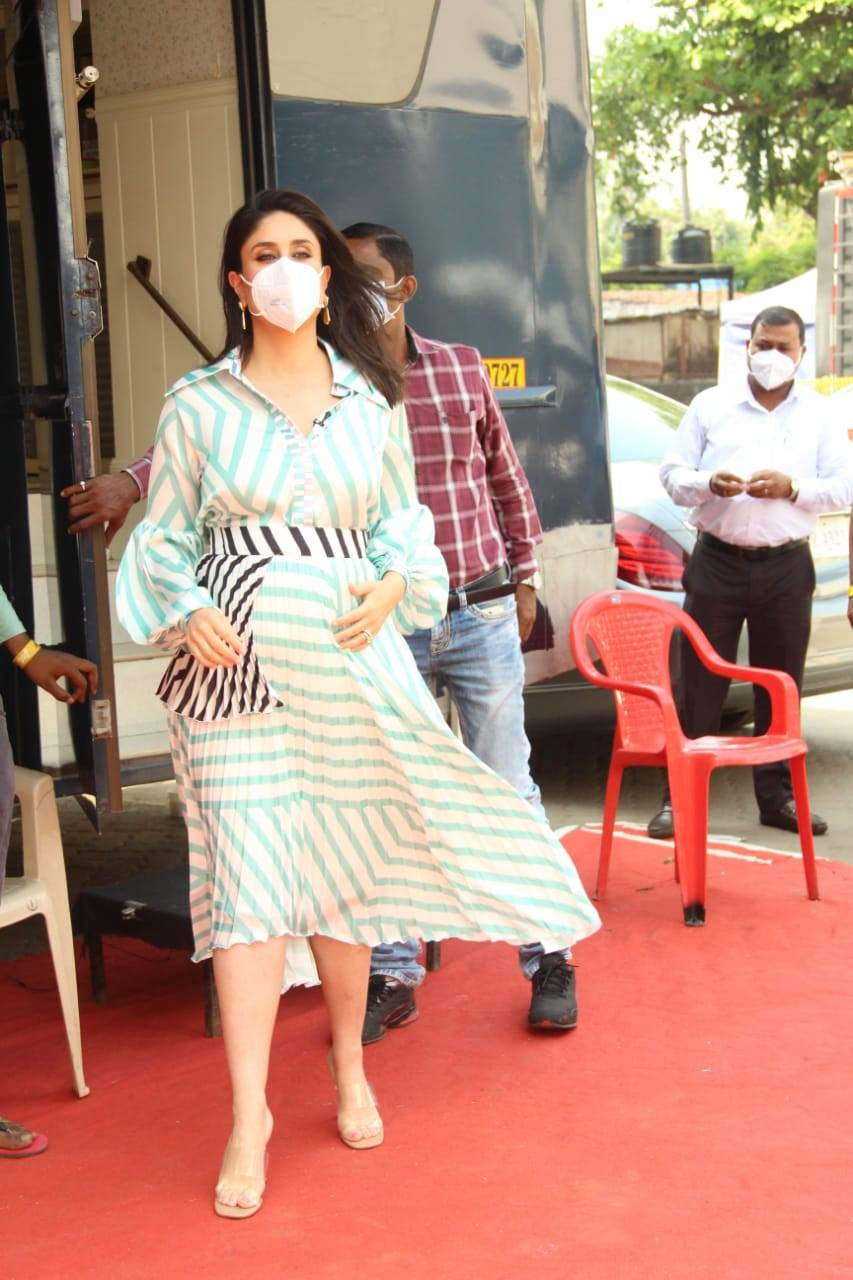 Apart from her brilliant on-screen performances, Bebo has also established herself as a fashionista in B-town. Her Kaftan series amid the lockdown inspired many and became a trend worldwide.

Meanwhile, on the professional front, Kareena will soon be seen alongside Aamir Khan in her next project. Apart from that, she also has Karan Johar’s period drama ‘Takht’ in her kitty. The film will also feature Ranveer Singh, Alia Bhatt, Anil Kapoor, Vicky Kaushal, Bhumi Pednekar and Janhvi Kapoor in pivotal roles.